SelfControl for Working on the Web

The web enables virtually all of my work as a graduate student, but it can all too easily become a powerful distraction. Sometimes it helps to have a few practical aids in the war against procrastination. Of the several tools that I’ve tried - Fox Filter, StayFocused, and Freedom - SelfControl remains my favorite. SelfControl provides relentless self-regulating freedom from procrastination. Best of all, it is free. 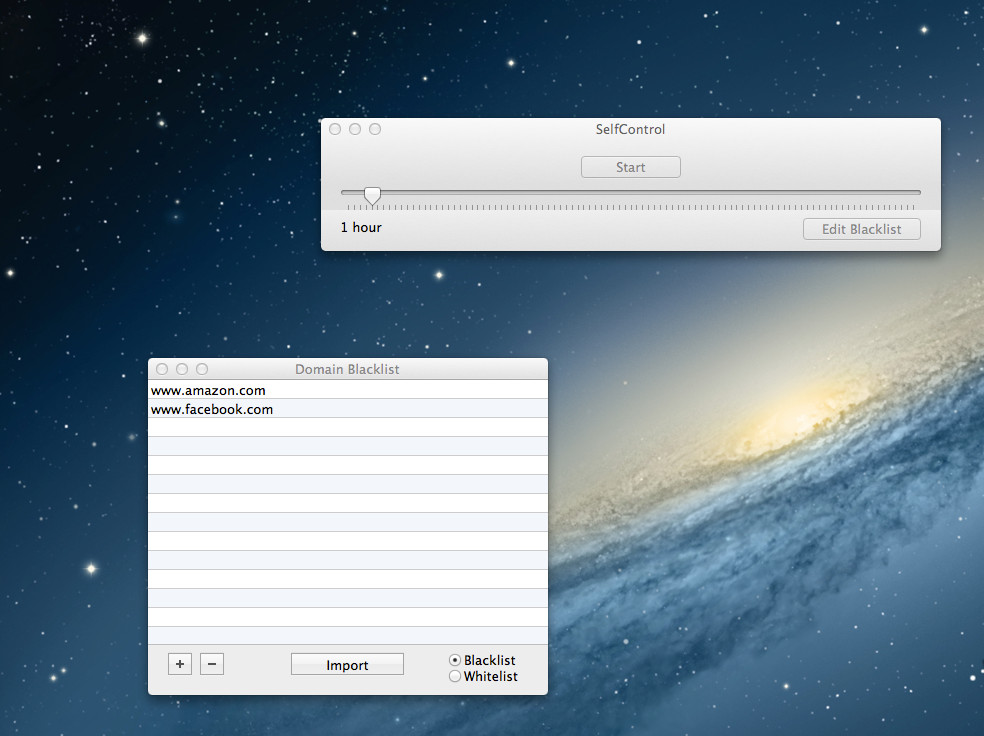 SelfControl is an app for Mac OS X that, unlike FoxFilter or StayFocused, works across browsers. When enabled, SelfControl asks you to specify how long you want to block a list of domains, up to 24 hours. The app also sports a “Whitelist” function that works in reverse, disabling everything except for a handful of specified domains.

Once activated, the blocks remain live until a particularly menacing timer runs down, and only some minor computer hacking will allow you to disable the app’s functionality. This relentlessness is SelfControl’s best and worst feature. The timed function is particularly good for short bursts of productivity, ie. an hour or shorter, but disabling the web for any longer feels too risky: it is easy to imagine time-sensitive emails going unanswered because you have blocked access to the internet for the next five hours.

At its best, SelfControl allows me to temper the impulse to spend a lot of time hovering around my inbox; I tend to use SelfControl in hour long chunks to allow sessions of distraction-free work in between e-mail checks. How do you stay productive during long hours on the computer?